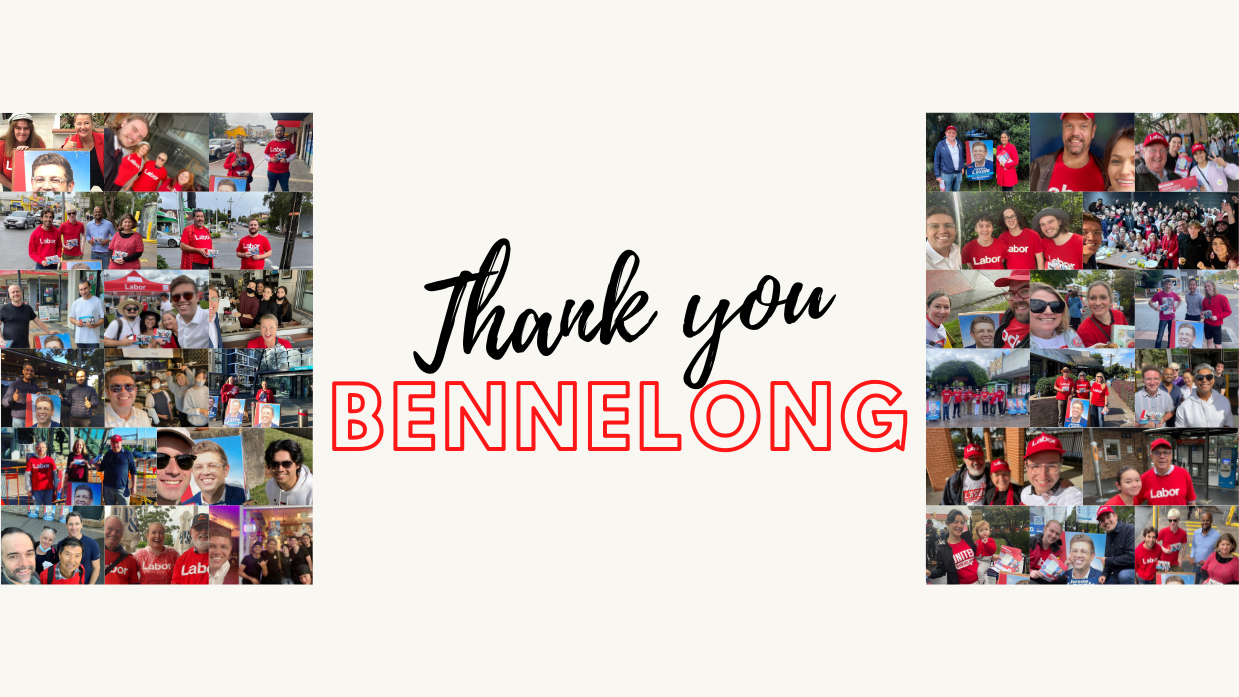 Yesterday, both the ABC and Labor called Bennelong as a win for Labor.

There are still votes to count, and we expect our 1621 vote lead to narrow. However, they both believe our buffer is big enough to hold on.

I am genuinely humbled, and it’s all still sinking in.

Bennelong is my home, and I love living and raising my kids here. To be the person you chose to represent you in the nation's parliament is truly mind blowing.

I’ll be an open, active and hard working local MP.

It’s not easy getting a 7-8% swing at any election, let alone in Bennelong. There are people within that who had never voted Labor in their life. Rest assured that I’ll do my best in this new role for everyone.

We may not always agree, but I’ll engage, be honest and will explain my decisions along the way.

This result, wherever it ends up, would not have been possible without the support of many.

To our army of volunteers, many first time political campaigners. Thank you.

To the over 500 people who donated to this campaign, some of whom had never made a political donation. Thank you.

To our core campaign staff, your dedication and commitment to this campaign is legendary. To Michael, James, Madelàine, Jananie, Sam, Oliver, Alain, Karma, Angela, Bec, Bailey, Chris, Cameron, and James J, thank you.

To the entire Ryde Labor Council team, particularly to Clrs Purcell and Pedersen, thank you for your many years of support and hard work during this election.

And to my partner Joanne Taranto. She endured a lot during these short six weeks yet still managed to support me and the team in so many ways. She was an integral part of this win and helped to keep me focussed and grounded throughout. Thank you, Jo.

I think my first trip to Canberra is next week! As always I’ll take you all along this journey with me.